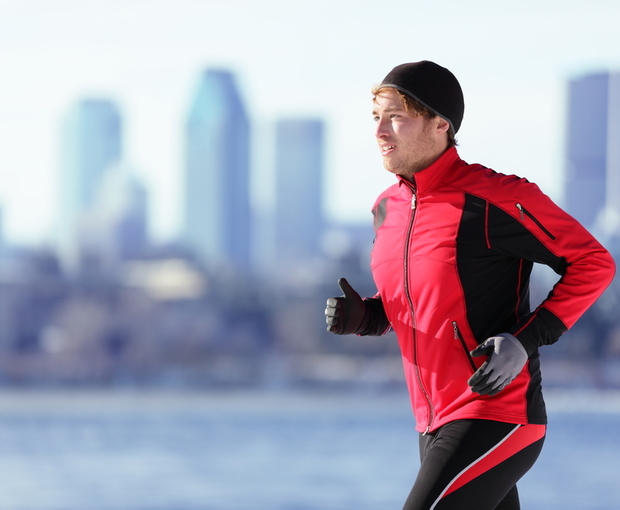 Carl is 29 years old. Until now, we can say his lifestyle has been more or less active. In his case, watching hockey on TV and walking five minutes to the bus stop was the closest he got to practicing a sport. However, in recent months, his life literally changed. He met Helen, a very active girl. Indeed, his new girlfriend is a diehard fan of Adventura magazine, hiking, trail running (cross-country) and jogging. Slowly but surely, Carl’s new mission became to follow his new flame in her sporting activities.

After only a few months, Carl doesn’t recognize himself: his body and state of mind have drastically changed. He no longer gets out of breath, his muscle strength has increased, he has lost weight; in other words, he feels alive again! But what’s happening to him? Even though love can change someone, being physically active on a regular basis will inevitably lead to a host of physical, hormonal and even mental changes. Here is what’s happening more specifically to Carl.

Whether it’s swimming, trekking, running or biking, in theory, the more you practice a sport, the better you perform. This is due to a number of adaptations. First, while exercising, your body needs more oxygen. Your body’s ability to use oxygen is measured in terms of VO2 max (i.e. the maximum rate of oxygen consumption). In an untrained subject, a good program of aerobic training can increase the capacity of VO2 max by 5 to 30%. Of course, the initial condition makes a big difference. The gain is much greater in people who are initially inactive.

Furthermore, when you do an aerobic type of workout, your muscles undergo significant changes. Overall, your muscles are composed of two types of fibers:

During an aerobic exercise, to become more efficient, slow-twitch fibers (ST) see their volume increase by 7 to 22% compared to fast-twitch fibers (FT).

Also, in the early months of training, the number of muscle capillaries grows by 5 to 15%. This capillarization increases gas exchange between blood and the muscles, which creates an environment that promotes proper muscle contraction. In addition, when the number of muscle capillaries increases, you will find it easier to eliminate muscle waste (lactic acid). Finally, when done in the right amount, physical activity acts as a natural anti-inflammatory. This is because, after several workouts, your body adapts, which limits the risk of injury.

The use of nutrients

In order to meet your needs during an aerobic type of workout, your body continually requires lipids (fats) and glycogen (sugars) stored in your muscles. Your body will adapt based on repeated workouts to meet your energy needs and avoid tiredness.

Your body stores carbohydrates in your muscles and liver in the form of glycogen. As you exercise, glycogen is released in the form of glucose to allow your muscles to function well. In people who exercise on a regular basis, the muscle glycogen content is much higher than in sedentary people. This allows the person who works out to better support the energy requirements of the workout and avoid drastic decreases in energy because glycogen is much more available.

When you regularly do aerobic-type workouts, in addition to improving glycogen content, your intramuscular fat reserves increase. As little as eight weeks of training will multiply these reserves by 1.8 (1). With the help of oxidative enzymes, which in turn help to burn fat during exercise, your muscles will have a much easier time using your fat reserves than your glycogen reserve. This will also allow to avoid energy drops and allow you to perform better in your sport. In short, people who train use more fat during exercise than people who do not train (2).

It is important to keep in mind that it is difficult to lose weight with training as your only weapon. To maximize weight loss, you also need to change your eating habits. There are 3,500 calories in a pound of fat. During physical activity of moderate intensity, a 30-year-old person with a healthy weight (a BMI* between 20 and 24.9) will burn between 600 and 900 calories per hour. This means that in order to lose 1 lb, a person must exercise for a total of 4 to 6 hours.

* BMI: Body Mass Index - an international standard to measure overweight and obesity. It is defined as the weight divided by the square of height (kg/m2) and it allows to assess the risks to health.

Have you ever heard the expression "an athlete's heart"? You will see its meaning in the following lines. In response to aerobic training, the weight and volume of your heart will increase. The heart muscle (myocardium) will be the first to experience hypertrophy (an enlargement) and the wall of your left ventricle, which will be subject to a higher pressure, will thicken (3). The amount of blood that your heart will eject with each contraction (the stroke volume) will also increase. At the same time, this will result in an improvement in your endurance in your athletic performance. Also, when you finish a workout, your heart rate returns to normal much faster than for someone who is sedentary. This is a sign that your body recovers quickly. In regards to the volume of blood ejected in one minute (blood flow), it will also increase in people practicing a physical activity, thus creating a better distribution of blood to the muscles.

In addition to having a significant impact on your muscles and organs, training on a regular basis will drastically change your entire hormonal system. First, the more you increase the intensity of your workout, the more you will secrete adrenaline. This hormone is partly responsible for the functioning of the nervous system. Also, when you exercise, your insulin levels* will decrease because your body is becoming more sensitive to this hormone. This will allow your body to better utilize your reserves of lipids (fats) and glycogen (sugar) when exercising. Your appetite will also react to the effects of your hormones. One of the hormones responsible for appetite is peptide YY. When you exercise, the secretion of this hormone tends to increase (4). Although further research is needed, this could explain why your appetite decreases after prolonged exercise of moderate to high intensity.

*Insulin is a hormone secreted by the pancreas. It is described as hypoglycemic because it reduces the level of glucose (sugar) in the blood (blood sugar). Its lack of production can cause diabetes.

In addition to changing your body and hormonal structure, being physically active regularly will have an impact on your morale. According to the Canadian Fitness and Lifestyle Research Institute, when you engage in a physical activity of moderate intensity for 20 to 40 minutes, you significantly lower your stress level for two to four hours. The largest decreases in stress and anxiety levels are noticed after fifteen weeks of training. In terms of depression, some research (5) even argues that physical activity may replace taking antidepressants in cases of minor depression. How is this possible? Being active on a regular basis supposedly has an impact on the secretion of serotonin and norepinephrine, and the latter plays an important role in mood disorders. Training also has an impact on your levels of dopamine (mood modulation). Ultimately, it would have a similar effect as that of new-generation antidepressants, i.e. selective serotonin reuptake inhibitors* (SSRIs).

As you can see, your body is a machine that holds many secrets. There is no doubt about it, when it comes to physical activity, a minimum of efforts will yield maximum results on your health. So, next time someone tells you the only benefit to physical activity is weight loss, you can update him or her on the subject.

Have you developed a passion for basketball like I have? Do you play bas...
Read Full Article