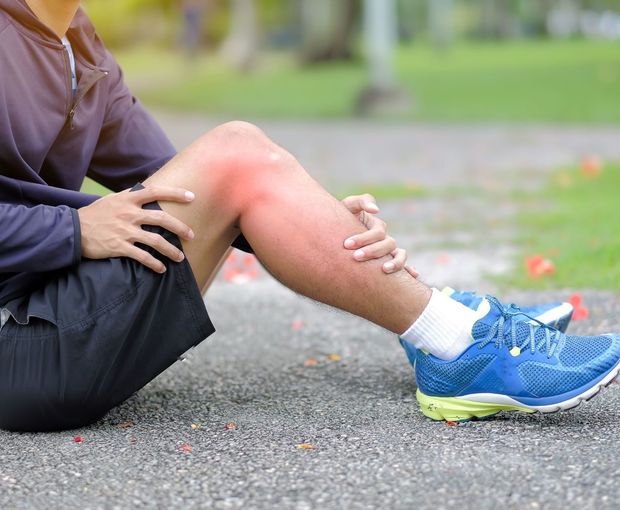 This cause of medial knee pain can easily be overlooked as it often occurs in conjunction with other pathologies such as OA or MCL sprains.

The pes anserinus (goose's foot) is composed of the conjoined tendons of three lower extremity muscles: sartorius, gracilis and semitendinosus. The tendons insert on the anteromedial proximal tibia, lying superficial to the pes anserine bursa, whose purpose is to reduce friction between the tendons and the tibia. The sartorius, gracilis and semitendinosus muscles are primarily flexors of the knee. However, they also provide medial stability and contribute to tibial rotation in closed-chain positions.

Studies of injury to this area have not demonstrated whether the main pathophysiology involves a true bursitis or a tendonitis, but the pathology is generally labelled as pes anserine bursitis. Injuries are found most commonly in young individuals playing sports that require side-to-side movement and cutting, and in older patients with concurrent articular damage.

Subjective findings of pes anserine bursitis may include pain at the medial knee with sit-to-stand, stairs, or at night, whereas walking on a level surface is rarely symptomatic. An examination will reveal pain over the proximal medial tibia at the insertion of the conjoined tendons, approximately 2-5 cm below the anteromedial joint line of the knee. Local swelling and palpable crepitus may be noted. In cases of athletic injury, pain may be reproduced by resisted flexion or internal rotation of the knee, stretching of the hamstrings, or a valgus stress to the knee. Resisted movement is less likely to reproduce symptoms in older patients. Risk is increased in persons with tight hamstrings or other involved muscles, pes planus, overpronation during running, obesity or genu valgum.

Pes anserine bursitis is often seen in conjunction with osteoarthritis of the knee, predominantly in middle-aged women. In a study of 745 adults over 50 years old with knee pain, Wood et al found that a non-articular condition such as pes anserine bursitis significantly increases the severity of pain and functional limitations in older adults who are also suffering from knee OA (2008).

First-line treatment for pes anserine bursitis involves rest and NSAIDs. Physiotherapy is important for correction of biomechanical risk factors, as well as the application of modalities that have been shown to reduce inflammation of the bursa, including ice, ultrasound and electrical stimulation. The need for surgical intervention via decompression or resection of the bursa is rare.

Are you getting enough sleep?

For many people, immediate changes to our daily routine and stress can i...
Read Full Article